When I originally moved to New York I wanted to quit modeling. After a couple of years on the road which were interspersed with awkward trips back to my parents house in Omaha I decided it was in my best interest to change my base and stop flittering around the world aimlessly, you know, really get things done with my life. I hadn’t had a normal job in years, and I also didn’t save any money modeling because I was never one of those girls who went to Tokyo and saved forty thousand dollars, it was more like a working vacation, which I had no complaints with, because I was in the city that I loved. I ended up moving into a room with no window with graffiti on the walls in Greenpoint, I later lost my virginity there to my boyfriend who I kept for three years. I often walk past my old street with friends saying, “That’s where I lost my virginity!” in the same way that Chevy Chase repeatedly babbles, “Big Ben!” and “Parliament!” 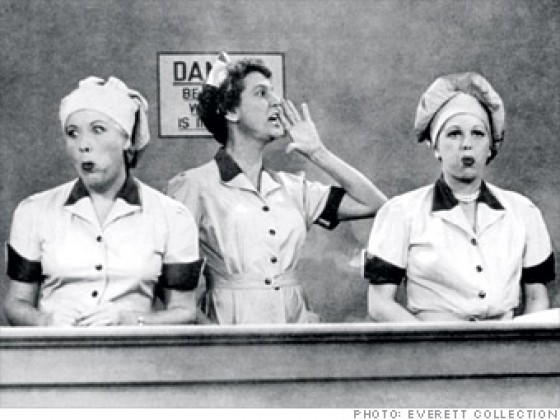 I applied for whatever positions I could find for twelve dollars an hour or more on Craigslist. I found a job hostessing in Gramercy and from there I moved up in the world of restaurants– hostess to waitress, waitress to cocktail waitress– I eventually stopped before I got to bartender, bartenders either stay bartenders or become alcoholics or Sam Malone in AA with their very own Cheers. My last job was at the Rivington Hotel in the Lower East Side where I worked as a cocktail waitress, a place I was years later kicked out of with a group of very angry socialite lesbians who wanted sushi that never came.

I didn’t work very hard and to my recollection I had zero idea what I was meant to be doing a majority of the time. It was a tip pooling system, meaning that every tip I got from an individual table would later be bunched into a ball and divvied up among the bartenders, waitresses, bus boys, and good old Uncle Sam. So while I’d make five hundred dollars in one night, working three nights a week, I’d end up with a disappointing check of three hundred dollars total every Friday. Much like communism, this did not inspire the staff, including me, to work very hard. I gave all my friends free drinks and took breaks whenever I could manage, down in the kitchen eating a sandwich made by the cute chef or scooping out the gelato flavors of the day.

I was working a private party in the up stairs which was slow and altogether a bore. Most of the customers got their drinks from the bartender and I was left to shuffle around trying to look busy. I wasn’t busy, I was hungry, so I took the elevator to the kitchen to chat with the men in white.

“Make me a sandwich,” I whined, while wiggling my then chubbier butt around and flipping my blonde hair over my shoulders. Chef was too busy, he said if I wanted a god damn sandwich I’d have to make it myself. “It’ll be against health code regulations if you come back here dressed like that,” he said. “Go get a uniform from the back room by the lockers and then get in here.”I laughed. Preposterous! Insane! What kind of terrible person would shame themselves in the work place doing such a thing!

I headed back to the locker and removed my shoes in order to pull the pants on over my tights. They were loose but I managed to keep them from falling down. I buttoned my jacket and tied my hair behind my head in a low pony tail, topping my crown with the white cotton hat. I was ready for whole wheat bread. I was ready for tomatoes and spinach, pickles and onions! I was ready to take on the world! The kitchen staff were red in the face with laughter, and I was more than happy to be their evening entertainment, their Lucile Ball, their Lavern, their Shirley. It had been nearly forty minutes passed by I made sure to have my gelato for desert. I changed back into my normal clothes and road the elevator back to the second floor and checked in with the bartender, no one even missed me. I had pulled it off!

I was fired two weeks later.