I’m staying at Jimmy’s house. He lives on Thompson and Houston on the sixth floor of an old walk-up building. You can’t forget anything when you head downstairs, or else you’re faced with up, and it’s far too much up to be forgetting things. In the kitchen the floors are checkered black and white and they seem to slant off into the right wall giving a circus illusion. Old buildings start caving in after a while, they’ve seen enough pet cats die and loves lost. They begin to sag and droop and give up just like the rest of us.

I sleep on the futon in the living room. Often I wake up with Jimmy at the foot of my bed editing photos on the computer at his desk. “Morning Sash,” He’ll say with a languid sigh. I’ll roll over and grown and lament my aching back. I don’t bother folding out the futon when I go to sleep. It’s spine is deformed like a soggy book cover, and in the center lies a galaxy of specks of dust and hair. I sleep straight up and down with one of my legs folded out like a frog into the open air. I wear ear plugs because I get to turn off the world. I fall asleep thinking I’m in a real bed. Maybe in the next door universe I really am. Maybe I’ve got my own apartment with my own key and a French press to make all the coffee I want without ever having to leave the house. I feel like that last sentence might need a semicolon but I’d have to ask my sister. 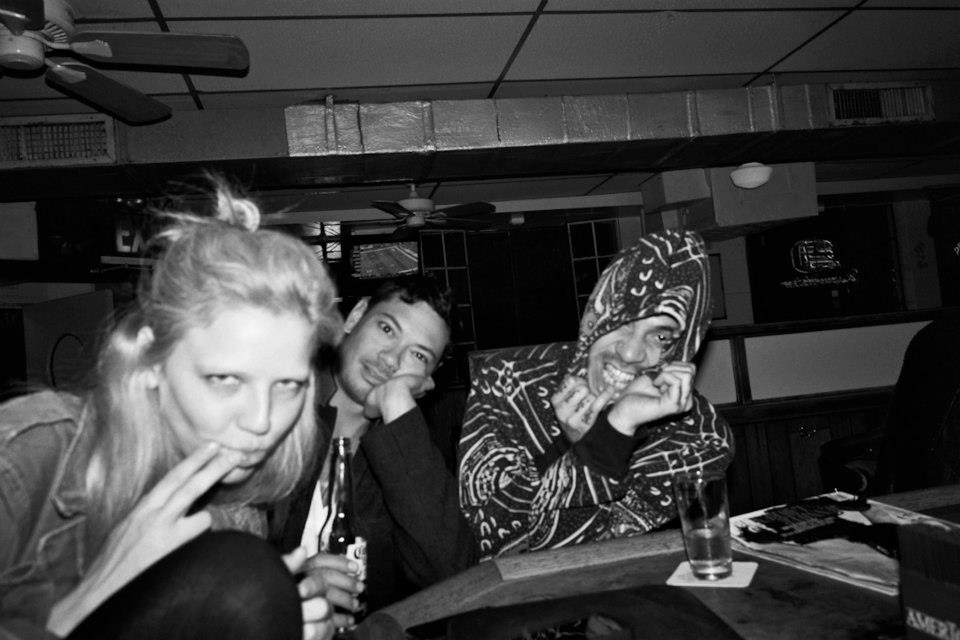 Jimmy doesn’t have wifi, he’s got some t-mobile 3g shit plugged into his desktop. He turns it on and off like dial up, but unlike ten years ago we are spared from the screeching debilitating sound of the world at work. I can’t use the internet on my computer so I have to leave the apartment with my black leather backpack and laptop into the outside where the rest of the world lives. I have to go outside to get back into the only place that makes any sense, internet communities. I double check my bag, I’ve got chapstick and cover up and red lipstick incase I don’t go home before the sun goes down. I’ve got my notebook and a pen incase I get inspired, a tampon incase I get leaky, my eyedrops, my wallet. 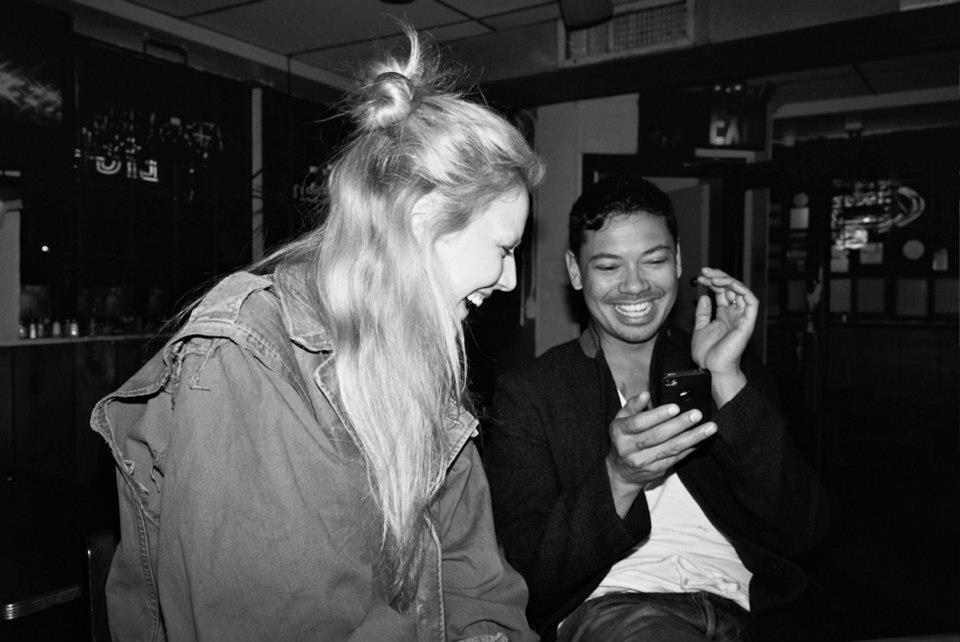 I’d rather not sit at a cafe, cafe’s are pretentious and seats are circled and hoarded by the daily New Yorker who is without wifi or office. So Jimmy and I, we got to Milady’s. It’s two blocks away on Prince and Thompson, the southeast corner, across from two delis which are cash only. Milady’s has wifi and the password used to be lucky, but now it’s beer. Milady’s has whiskey and tater tots. Most of the bartenders are old and weathered like a your favorite pair of run down shoes. They’ve got kids that sit at the bar with the regular customers who might remind you have your Uncle’s estranged brother-in-law’s son who’s been in the hospital because his brain don’t work too good, who tried to be in a rock band but realized his music sucks, who tried to be a writer but got lost somewhere between Johnnie Walker and Jameson at Milady’s. 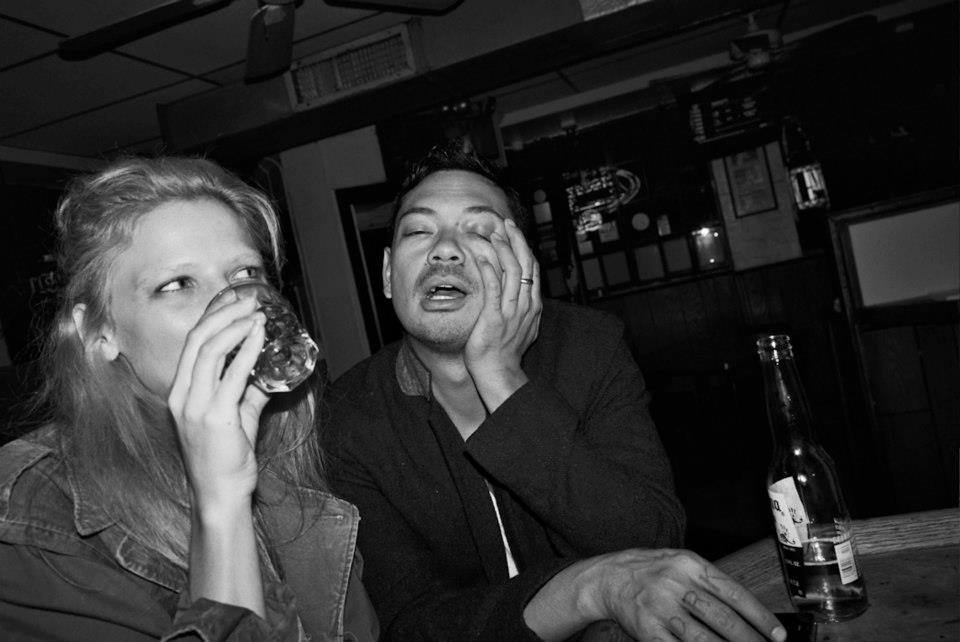 It smells like the grease you’ll never clean behind the fridge made love with the best french fry you’ve ever eaten. Freddie sits at the right hand side of the bar in his backwards cap and a four day beard. Ratso Rizzo didn’t die after all, he’s right in front of me, but he’s got a pony tail down his back and a baggy grey tshirt. He throws up his hands, “Sasha! The love of my life!” Sneering like someone’s pet weasel. I laugh and set up my office with Jimmy. We order Jameson on the rocks and pretend it’s not 4pm. 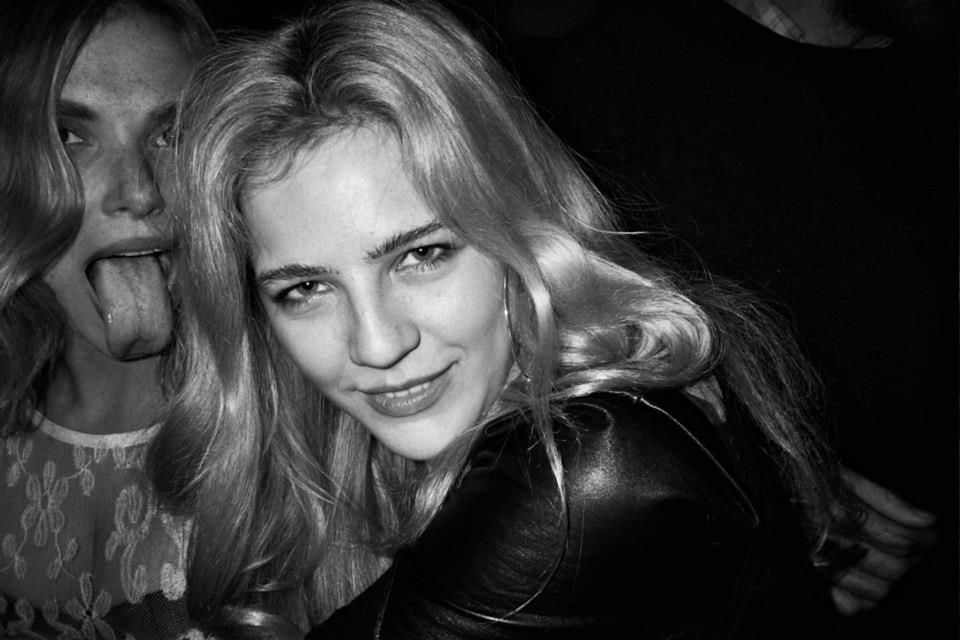 Simone visits our table regularly waving her arms wildly into the air dancing the dance of Jimmy, refilling our empty glasses. She looks like one of those pictures of top form athletes you see during the Olympics. She’s black and muscular and has braided hair miles below her tits. She runs marathons in Iceland and works in the apartment trade when she’s not flashing her million dollar smile at my favorite bar. 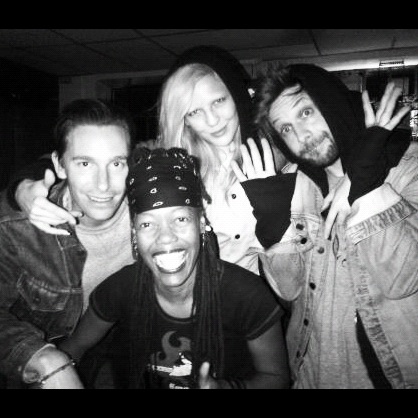 It’s quiet in the afternoons and we can drink in serenity. I can watch Netflix and pretend to look busy and steal glances at Jimmy actually doing work, momentarily fantasizing about what that must feel like. I can muse in my notebook and pretend I’m a genius, while texting my friends the usual, “I’m at Milady’s,” waiting for them to drop by as the hours fade away and the bar fills up. By nightfall we’re floating on a cloud of sobriety’s shameless brother. “Let’s go home Sash,” Jimmy will say. And we stumble past Houston street, into our saggy building, and up six very easy flights of stairs.

All photos by Jimmy Fontaine.