On Body Image and Dating Girls

I’ve been modeling for almost twelve years now. In high school when I started I was a mere string bean of a person. Not an ounce of fat on my five foot nine stature. In middle school I’d draw pictures of what I wanted my body to look like. I’d draw calves and hips and tits, the kind that the popular girls were flaunting around in their low cut summer spaghetti strap tank tops and ass clenching low rise jeans. But come high school most of my insecurities faded away. After all, I had an agency in New York! I was in Seventeen magazine! I could eat whatever I wanted and never gain weight! I’d sit in my room eating pints of ice cream and bags of potato chips, carelessly spilling them onto my N64 strategy guides and then off onto the floor. (Do you want ants? This is how you get ants!) I was actually happy to know that I had something that every woman in the world wanted, a tall thin body and a very fast metabolism. 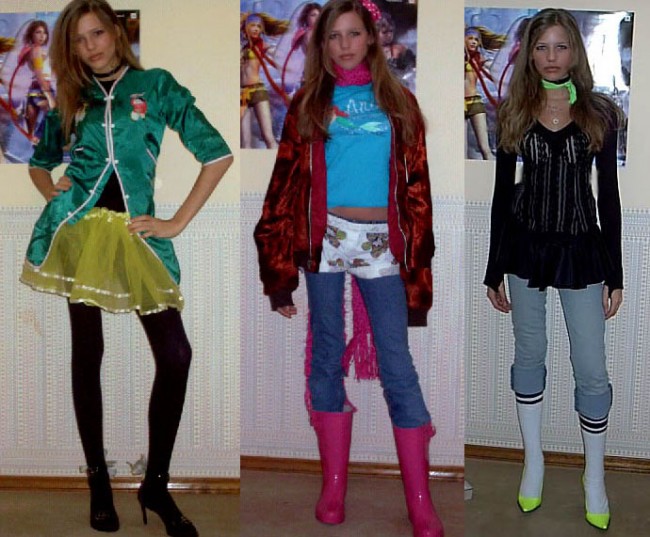 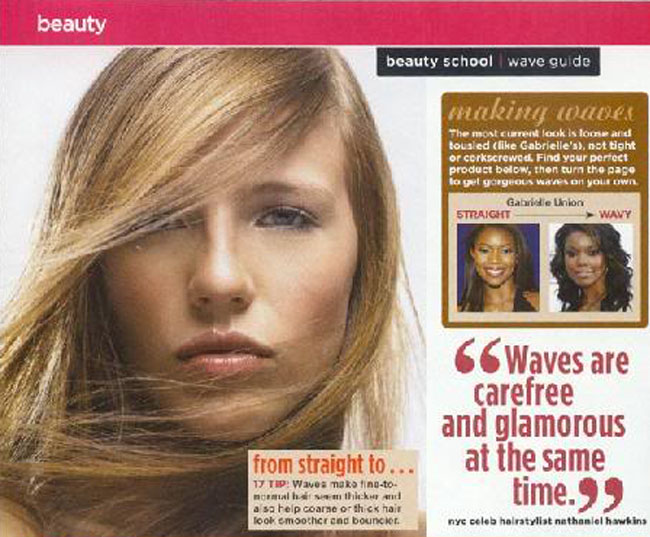 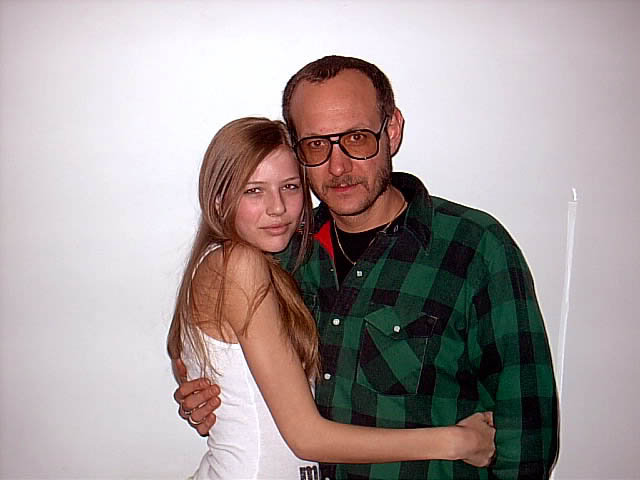 Then I went to Milan. I was jet lagged and miserable and there was dog shit everywhere. I spent my first days in Italy photographing dog shit and making collages for my Livejournal readers. I arrived during a holiday so everything was closed for days, a staunch difference from my life in Tokyo just a two weeks before. I survived on gelato and Nutella at whatever shops I found to be open. Without my noticing, I had gained weight. My agency (WhyNot) scoffed at my mother agent back in LA, “She doesn’t look anything like her polaroids!” My emaciated, thirty-three inch hip polaroids. I felt like a whale, it’s hard to express the level of stress that comes from gaining weight for the first time in a job where staying thin is one of the only requirements. My mother agent advised me to eat on fruits and vegetables, bless her heart. This kind of advice is the fault of this industry. Young girls told to stop eating instead of being given any real health advice. Consequentially I didn’t work well in Milan, and my immediate trip to Paris afterwards (croissants, croissants everywhere!) didn’t end in success. No one wanted to represent the chubby eighteen year old who dressed like Rainbow Bright. 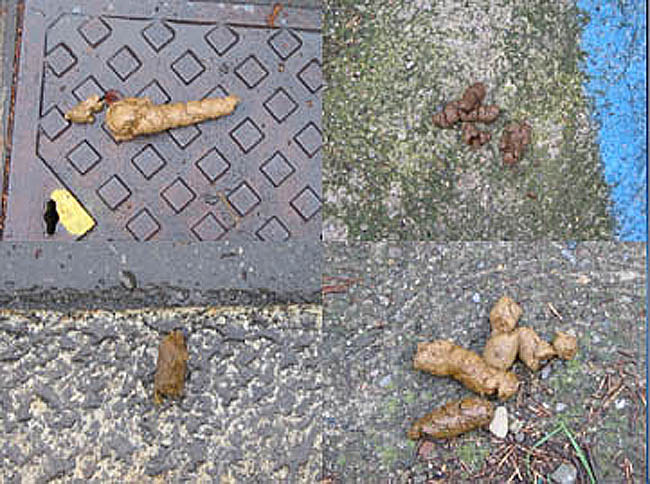 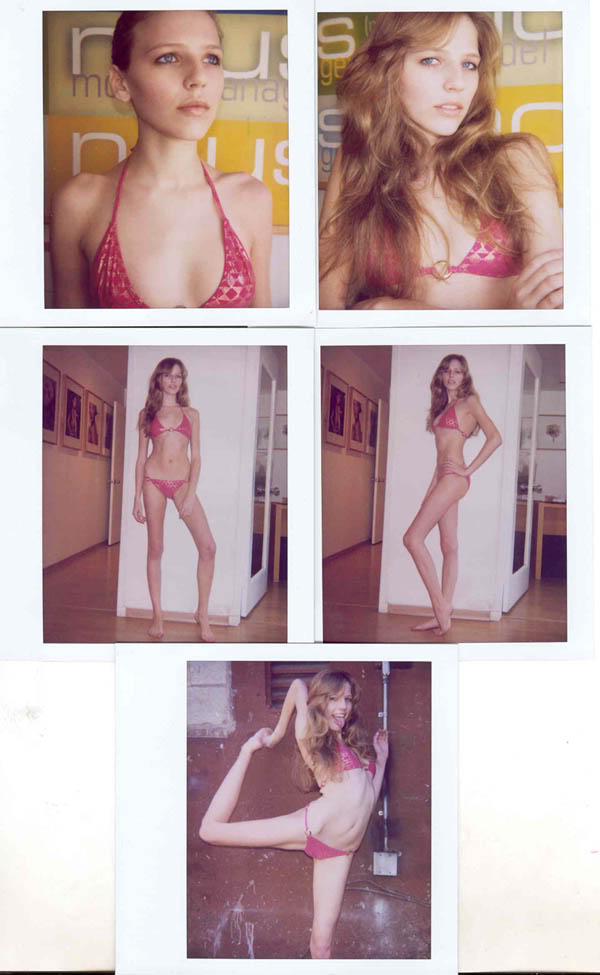 I went back to Nebraska, tail between my legs. Back to reality, back to swarms of old faces who remarked how wonderfully healthy I had become. I remember sitting on the cheap brown carpeting of my bedroom in my underwear when I felt a little bug crawl out of one of my stomach’s fat rolls (ants!) I never told anyone that before, but that was the deciding moment when my world changed and my new extreme health regimen began. 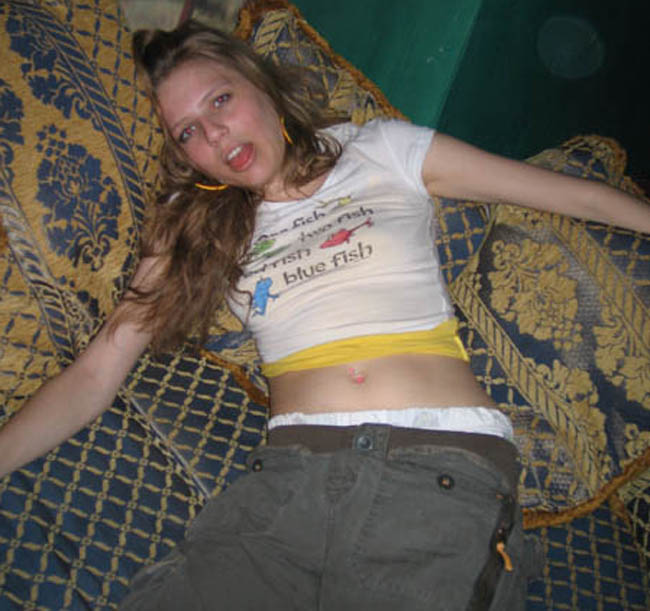 I started weight training with my older brother’s body building friends, existing solely on protein powder and vegetables, lots and lots of chickpeas. I didn’t eat sugar for so long that sweet things repulsed me. Dinner out with my family meant a bowl of fruit and maybe I slice of toast. I was miserable company to be in. At night I’d pinch back my thighs in the mirror and in the morning and flex my arms to see my efforts come to life week by week. I ate the exact amount of calories that my height and weight required, but I worked out three times daily. In the morning I’d go to Jazzercise with my mom. The early evening meant weight training with dudes who rip their pants every other day doing squats. “Don’t tell me you can’t!” They’d yell. Vomiting due to a workout was, and is to this day in my mind a sign of success. I’d do cardio again later if I could manage it, and then go home for a restless sleep with a sore body that could barely reach the bottle of shampoo hanging from the shower head because my arms were so stiff. My body became a lean muscular embodiment of physique. I was healthy and strong and ready to start modeling again. It felt so good to know that I had earned it, this body, not through starvation as so many do, but through long solid hours of damn hard work. 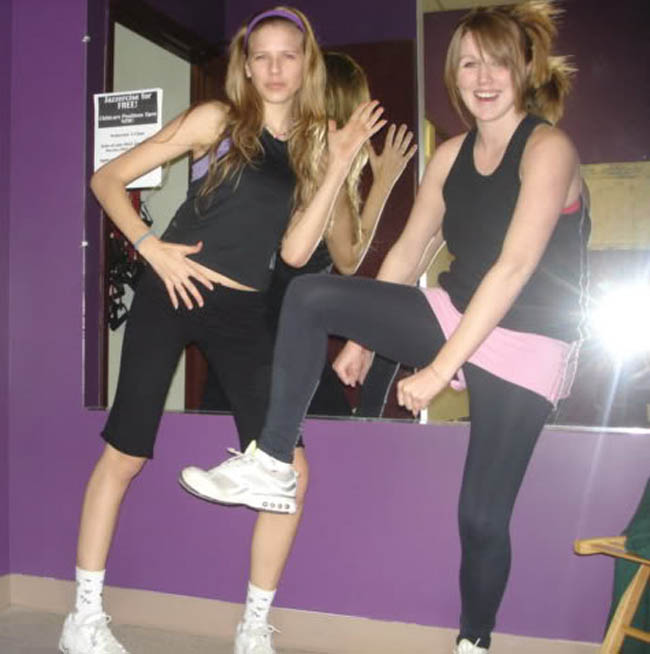 Since those days my body has been in constant fluctuation. My weight training schedule was impractical for traveling where I often didn’t have access to a gym. And leg day living in NYC? I could barely manage driving home on leg day let alone imagine walking. I began running, which to this day is an obsessive passion of mine. Through all those years my head was always in the space of the thinner the better. I admired my best friend and her natural forever thin frame, while I sat counting calories and regretting sporadic treats from the deli.

The men in my life never seemed to care about what size I was, and for that I remained confident even when I was too embarrassed to go visit an agency for fear of the dreaded measuring tape. My boyfriends often complained when I got too skinny, but I didn’t care. It’s my job to be this size, I’d say. it can’t be helped.

I remained single for a long time before falling into a crowd of New York socialite lesbians. Models and musicians, rich women with penthouse apartments, a scene of drug use and fine dining, trips to Paris and weekenders in Montauk. A close knit circle of kisses and slumber parties and the occasional whispered story of abuse.  I had my share of ass grabbing and drunk make out sessions, but it wasn’t until the following year that I met a woman who gave me the head rush of lust and love and feelings I had long forgotten. Her thin willowy frame and mine spent many days lying in bed, drinking whiskey from the bottle and eating beans out of cans she’d order from the deli on her credit card. 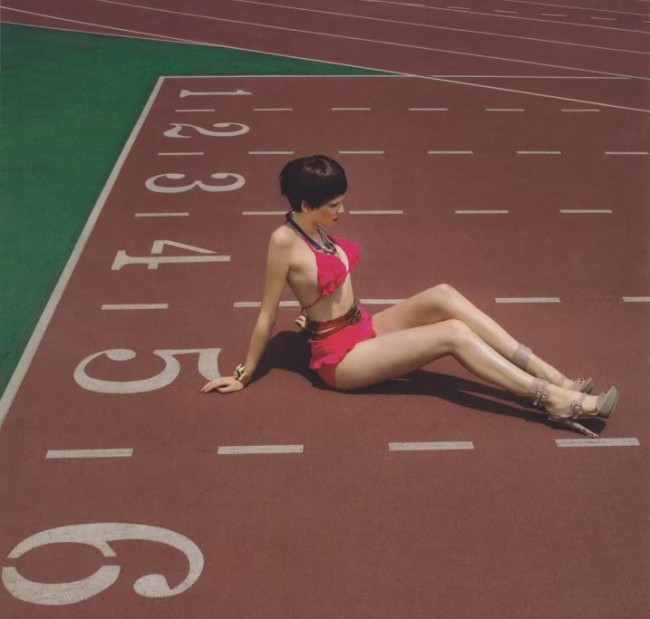 I began seeing women differently for the first time. The body type I feared became one to desire, being emaciated lost it’s appeal. I saw the world through a man’s eyes, those girls with the hips and the butts and little bellies under their sweaters were sexy. Short girls, thin girls, chubby girls, it didn’t really matter to me anymore, I started to see something attractive in everything feminine, something that I was taught to hate from an early age. And so my own body image was altered, no longer hating what I saw in the mirror, I could see myself through the eyes of the world. I love my ass and I love my stomach, I love the gathering of fat under my chin, I love my tiny boobs and I love my muscular calves. And when my agency here in Tokyo decided to represent me as a blogger, I no longer feared that measuring tape. I’m twenty-six years old and I can finally focus on hating myself for other reasons aside from what I look like in the mirror. A great weight has been lifted. I recommend every female to try being a lesbian at least once in their life, let’s hate ourselves for our lack of accomplishments and ongoing procrastination. Chances are, everyone will love your butt no matter what. 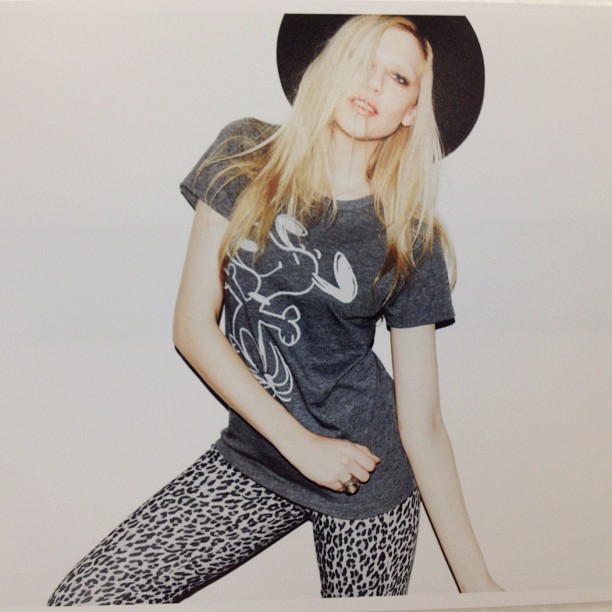 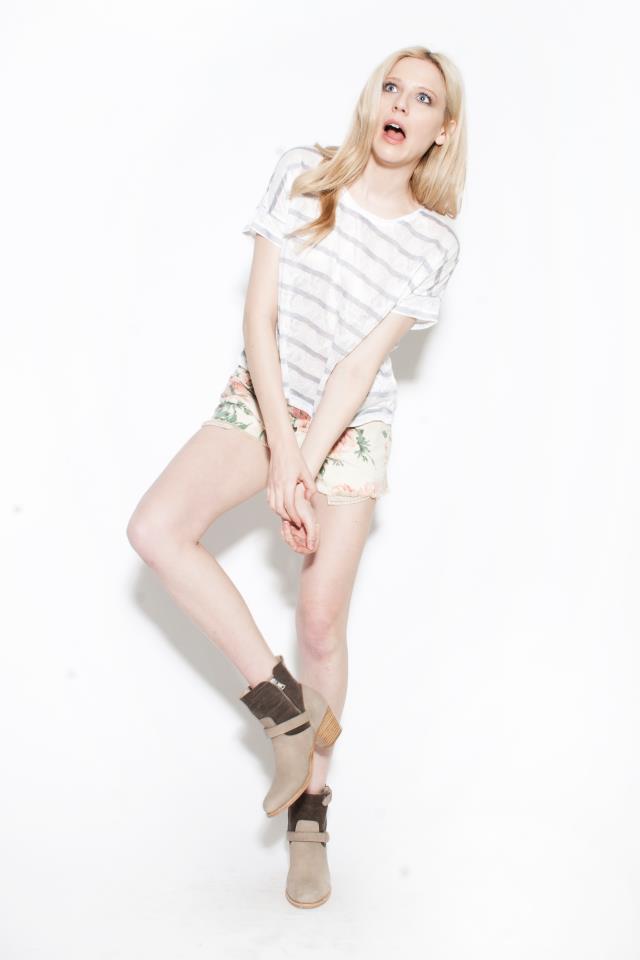 3 responses to “On Body Image and Dating Girls”