Trust Me, You Don’t Want to Date an Asian Celebrity

The server I was streaming a Korean drama on just cut out while I was moving on to part 2 of episode 17, Boys Over Flowers. Koo Jun-Pyo’s fiance was feeding him popcorn at the movie theater, shoving it into his mouth like a puppy dog, as he made the same disgruntled face that I am now emulating. Tonight’s research will have to end, I will no longer be able to sit comfortably at this wifi cafe staring at a moving screen filled with delightful preteen romantic moments carried out by a cast of devastatingly handsome Korean men. 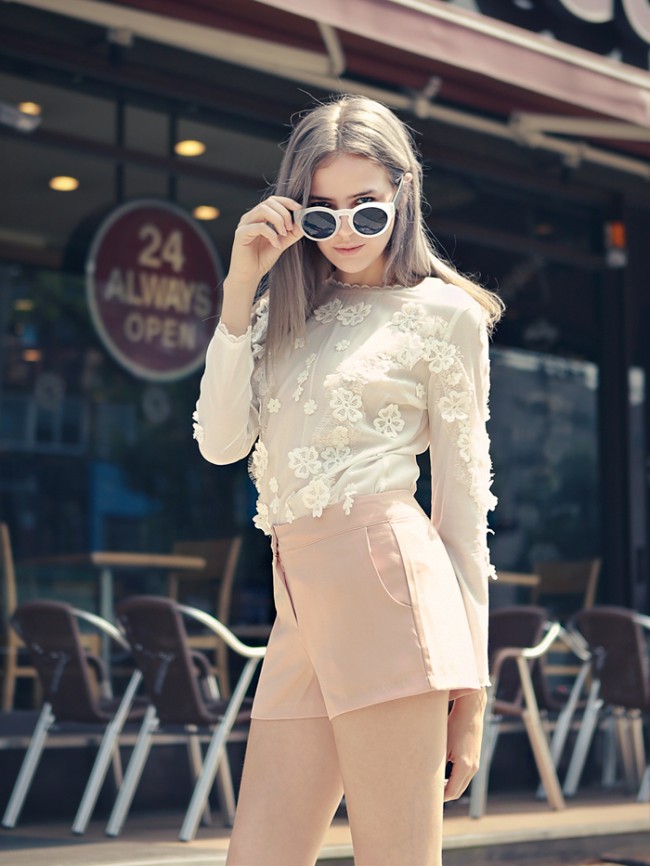 Before coming to Tokyo I had never seen an Asian TV drama. I was blissfully ignorant of how they suck you in with their over dramatic story lines and remarkably desexualized and innocent character flashbacks. It wasn’t until March of 2012 that I arrived home drunk in LA, and popped on my Japanese ex boyfriend’s supposedly famous TV drama that I had refused to watch for so long. I went to the fridge and opened another beer. That day a friend had told me he had gotten married and some part of hearing that upset me, as would any news of my exes tying the knot. It made me wonder what would have happened if I didn’t abruptly end our relationship before heading back to New York to reunite with my other ex who I had spent all summer weeping about. I sat and watched the pilot episode, the ridiculous opening credits, the bad styling, the stupid music, his dumb hair, why did anyone like this shit? 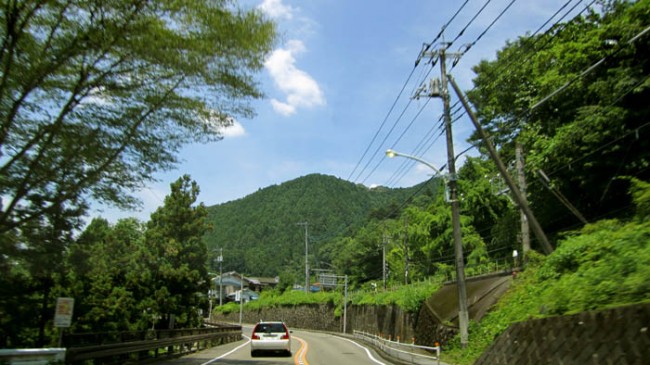 But then forty minutes went by, and I had finished my beer, and I had seen the light. The months I spent teasing and tormenting him for being famous on a “stupid Japanese teenage drama” washed away with my red and blushing face. I stayed up until five AM watching until my eyes couldn’t stay open any longer, and I fell asleep feeling foolish for the way I had acted about him being an actor, and the way that I carelessly ignored the way that Japanese (and Korean) celebrity works. Because at that time, three years ago, I didn’t know anything about it. 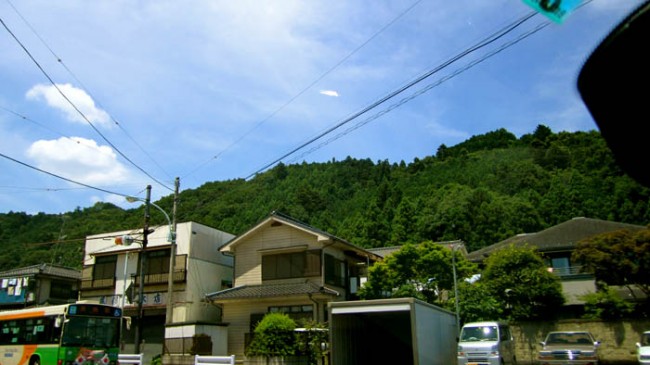 I had met him at a party at Le Baron which I attended with a sixty year old man in full tuxedo. He approached me with his pierced ears and short pants suit outfit that he had put too much thought into, looking at my old man friend Jun, and then back at me. “Is that your BOYFRIEND?” he said. “No,” I responded, “Is that yours?” pointing at one of his friends standing closely behind him. We both laughed and danced and talked until a group of my friends ended up at his posh Hiroo apartment. He gave me a white Louis Vuitton bag that he didn’t want because it was too feminine. He tried to give my friend the diamond ring he had bought for his ex girlfriend who he had just broken up with. We all sat around until the sun came up and lowered the curtains to block the sun from shining in, smoking cigarettes and playing music on youtube. I had no idea who he was or why I had just been given a three-thousand dollar bag and I didn’t really care. 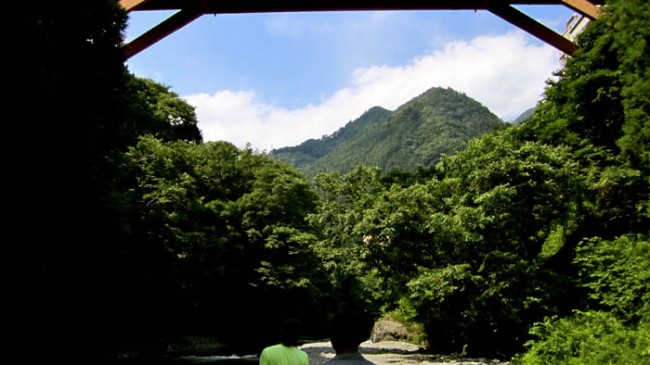 We exchanged email addresses and I mailed him the following weekend, suggesting we get together with the same group of friends to drink wine at Yoyogi park. We arranged a meeting time in Shibuya and that was that. But on that day one by one my friends cancelled, and so did his. We met up alone in Shibuya with the slow realization that our fun friend day had unexpectedly turned into a day date. We drove around in his car and picked up wine glasses and a nice bottle of white, expensive fruit and a blanket to sit on. We sat down beneath a tree shaded from the summer sun and talked. We talked until I found that he wasn’t the arrogant idiot that I expected him to be, until that kind of gross crush-like feeling was wafting around us like fresh baked brownies. “Oops, I wasn’t supposed to like you,” would be the quote of the day. That day lead to more days, and more nights, and the burdened reality that would ultimately destroy our fun summer romance. 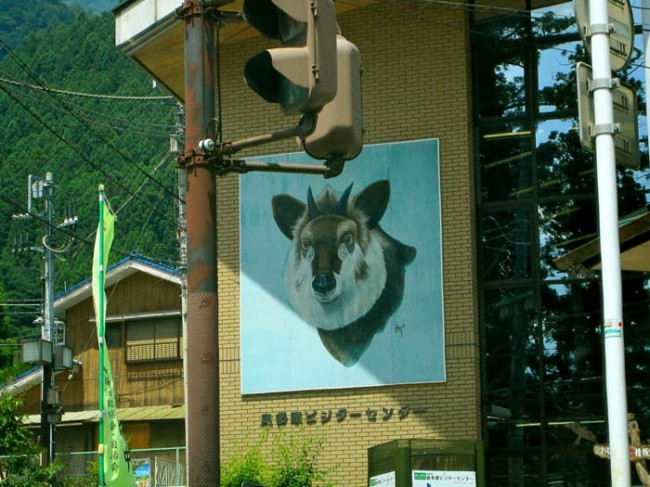 On our third date we drove to the mountains and swam in a river with a couple of friends, returning late in the day to Kichijoji where he wanted to have dinner and show me the house he grew up in. His mother was home, and without a moment of hesitation he introduced me as his girlfriend, creating awkward faces amongst me and my friends. “A little soon for that,” I said when we left, hitting him playfully on the head and telling him that’s just not how we do things in America. Boyfriend/Girlfriend titles are reserved for months of casual dating when you suddenly start to feel panicked that the other person might still be seeing someone else on the side. He was upset with me, so used to girls throwing themselves at his feet, to this day I doubt anyone had ever turned him down before. 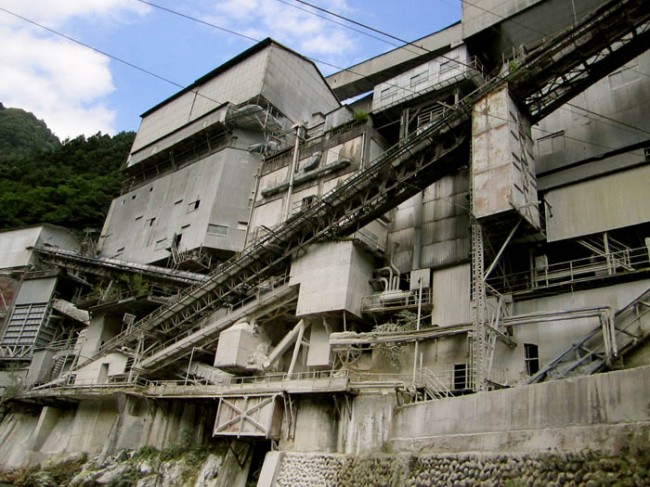 As we got to know each other better our stark differences shined through like an uncomfortable morning of sobriety. Our passionate make-out session at a bar was tweeted by onlookers. My lack of career and care for my future (a very attractive quality) was becoming problematic for such him to handle. “Quit your job!” He said. “Move in with me and I’ll take care of you!” He said. But the thought of being a kept house cat was not on my life itinerary. His paranoia during our daily outings became so upsetting that the only resolution he could think of was to make a formal announcement through his management company that we were a couple. Haha! Insanity! I could barely manage to call him my boyfriend without getting squeamish, a commitment-phobe to the core, this was out of the question for us after two short months of dating. 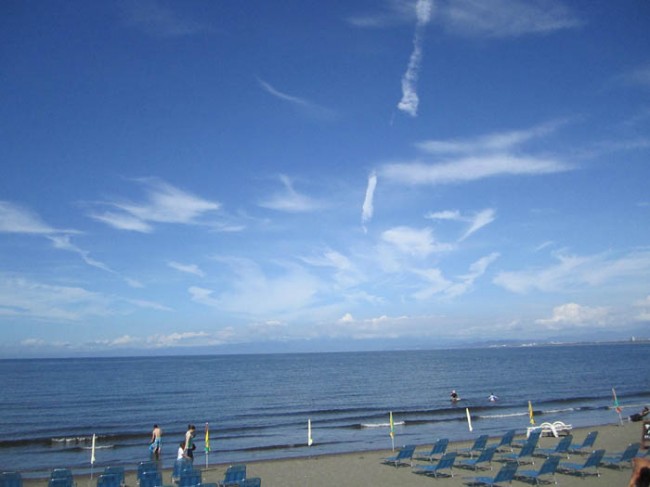 In the meantime I was being an idiot in my own way, blogging as I did regularly about my daily life. I didn’t know that putting his name in writing would draw death threats in broken Japanese to my email and in my comment section. I didn’t know that in Japan, you aren’t supposed to be dating anyone if you’re famous, you’re supposed to be perpetually available and promised to your fans until the day you get married. And the scandal of a relationship isn’t a welcome treat to gain publicity, it’s a painful slap in the face that can cost the loss of jobs and the end of contracts. I didn’t take any of that seriously because I couldn’t take his celebrity seriously, I couldn’t believe that I had the option to be his dirty secret or his official semi-betrothed partner. I learned all of this as time went along, in a relationship fraught with immaturity, different upbringing, and culture clashes.

Three years later and I can’t say I’ve fully learned my lesson, I still spend my days fraternizing with Asian boy celebrities that are wrapped up in a world of secrecy and shame. Now I know not to write about them, post pictures of them, or take them seriously. There is no fantasy here that the fan girls are missing out on, find a boy with a pretty face who works as a bartender, make out freely, enjoy Instagrams of proven coupledom and official Facebook relationship statuses. There’s nothing fun about whispering your boyfriends name or not being able to say it all. I mean, if you have a chance, do it, but don’t expect it to last.