I met Laura and Johnny at Veselka, the (still) popular Polish restaurant on 10th and 1st. They were sitting in the back with one extra, his name was Aarun Dahling. He had a pinched face and beady staring eyes, a small pursed mouth that remained tightly closed, and light brown hair that stood up on the top of his head in all different directions, like a tiny tornado had gotten lost heading form North to South, East to West, all over his oblong shaped head. He shook my hand but said nothing. Instead, he pulled out an index card with a stamp and ink pad and he marked the paper in the shape of an obese wrinkled man with large breasts, a chin that faded into his neck, a bald head, and sunken eye sockets. In black ink he wrote, “Nice to meet you,” but his face remained stoic and his eyes piercing. For the remainder of our conversation his pen did the talking. I didn’t hear the sound of his voice, or see his smile, or witness a laugh. I didn’t need to, my infatuation grew with every new stamp of ink and scribble of pen. 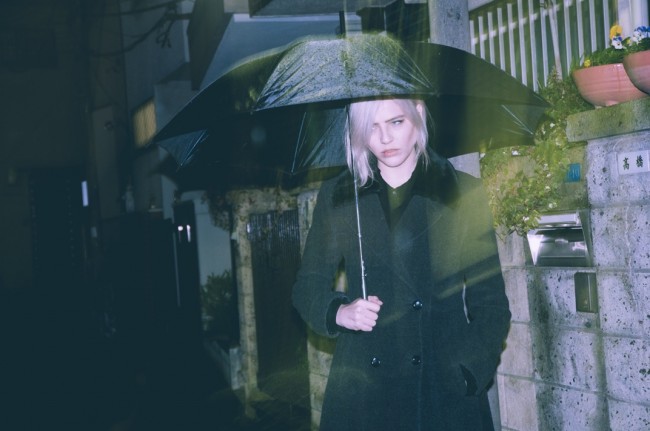 From then I would meet Aarun on Wednesdays, uptown, around Columbus circle where the air from the trees in Central Park would collide with the smoke and fog of winter in Midtown. We’d stop at a cheap place for deli coffee and go on long walks talking, drifting in another dimension. He was a writer and an artist, but he said he delivered newspapers, and sometimes he’d get a call on his flip phone and half to run off to meet an old man that he worked for. He said that a couple of years back he had worked on deck of a ship, this combined my fantasy of adventure and extreme labor with my other love of the sea. Everything he said was poignant and fascinating to my twenty year old ears, even the stuff that I now fully recognize as condescending bullshit.

Aarun had a girlfriend and I had met her before. I can only assume she knew nothing of our weekly strolls, though Johnny and Laura were in cahoots and rooted me on as the underdog, hoping to add another best friend couple to their ever growing group of young couples in forever long term relationships. 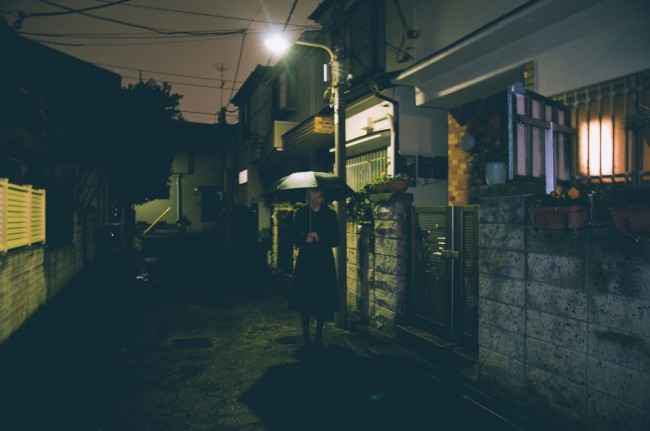 This was Sasha, “The chubby years.” Most of my clothes were from Rainbow or Forever 21, the cheapest stuff a young girl living in New York could afford. I wore the same pair of twenty dollar boots for so long that they had holes in the soles and were covered in salt stains from the winter streets. I lined them with black plastic bags from the deli so my feet wouldn’t get wet from the slush and snow on the city sidewalks.

On New Year’s Eve I wore a bright blue petticoat and my Terry Richardson t-shirt that he had given for me a year before while I was hanging out at his studio on Bowery. I was with my friend Shawn Cassidee, a thirty year old from Florida who had been roaming the Lower East Side for years, bartending and occasionally dabbling in heroin. He was tall with short black hair and tight black jeans, blue eyes and a round but attractive face. Sometimes he’d order food on his only credit card that still allowed him to buy things, American Express. He’d buy us both pesto pasta and we’d eat out of the tin to-go packages while sitting on a dirty stoop on the side of the street. Sean was one of those people who was never working, and usually drunk, but would always have some grandiose life plan to tell people that made it seem like his life was not in fact, as pointless as the rest of ours. It never bothered me that he lied, he was always nice and he bought me pasta. 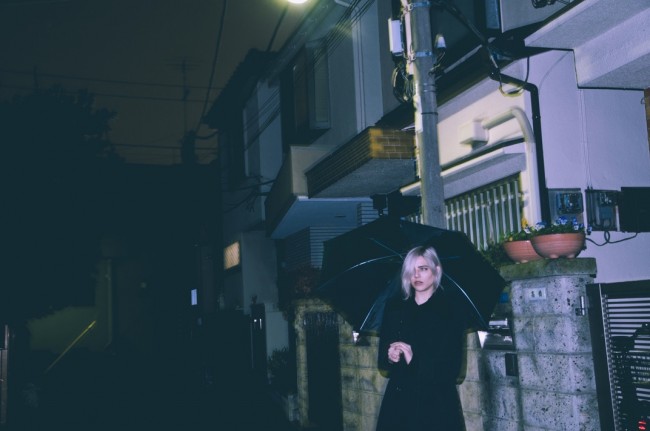 That evening we had tried to go to the club Sway for Morrissey night, but I didn’t have my fake ID and they wouldn’t let me inside. In a taxi back east we exchanged a small midnight kiss as it began to sprinkle rain on the taxi windshield. We stopped on Ludlow street outside Dark Room, where Shawn used to bartend, and all the downtown thirty-somethings would soak their livers in the good brown stuff. Shawn met his friends outside, all dressed in black, some of them with coordinating black umbrellas. The New York funeral procession celebrating one more year that they all hadn’t kicked the bucket. There standing in the rain was a tall man with wavy brown hair to his shoulders, a black suit topped with a dark Burberry trench coat and shined vintage shoes. He had long thin legs and broad shoulders, big dark brown cow eyes, chomping his gum so obnoxiously that it made my spine crawl with disgust. I looked at him and thought, “There is my next boyfriend.” 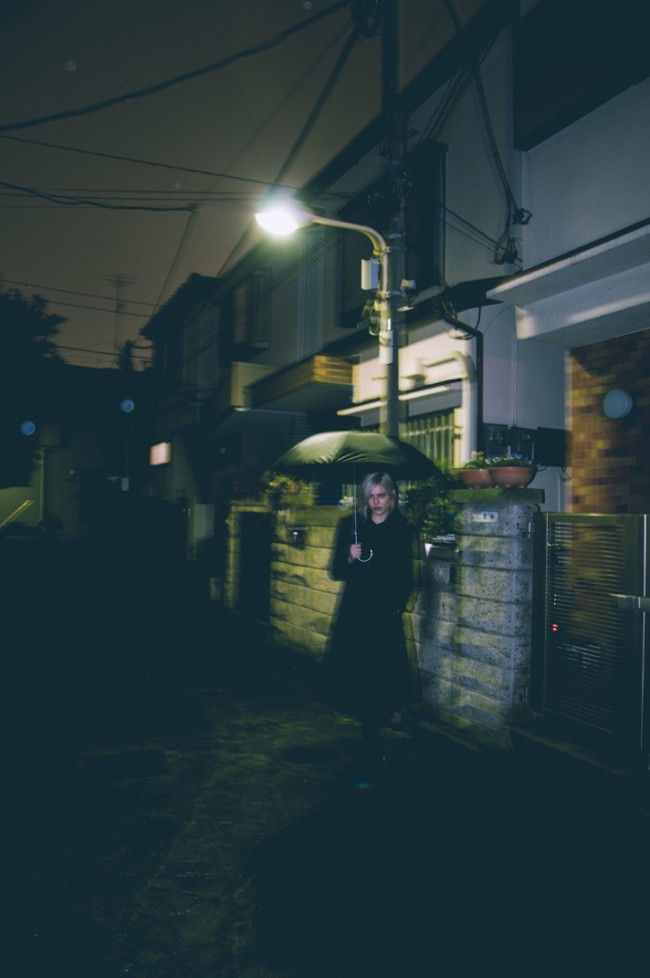 All photos by Alex Thomas