A Hatred of Sound

I hate the sound of sniffling. When I was just a kid my mom babysat this toddler who had perpetual snot running down her nose and into her mouth. She’d stand there with this real dopey looking empty stare, unable to speak or wipe her own face, in a heavy weighted diaper soiled with her own shit. That sick baby smell, that’s what I remember. Baby spit up, it’s like toe cheese, or that crust you dig out of your belly button once a year. I must have been only seven or eight years old– but with an unfounded hatred, I’d shove that little turd to the ground and watch her cry. Watch her tears grow like rivers down her face, while more snot melted into her mouth, down her chin, and onto her hands like a spider web of discharge. 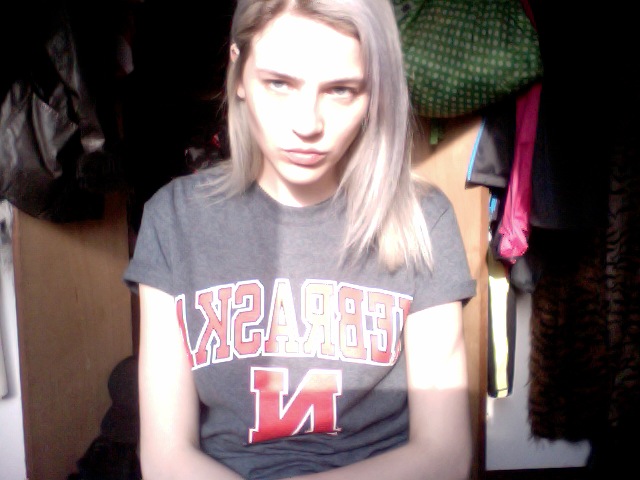 Mom always thought she was a fussy baby, but mom didn’t know that I was forcefully pushing her to the floor every time she left the room. Looking at that kid I’d feel a deep rage stir in my belly, a boiling inside of my back and neck growing hot with anger. Things escalated in High School, where gum was no longer outlawed. The riff raff of the barely humans known as ninth graders surrounded me chewing their cud, no better than barn yard animals. How many times I have fantasized of slow bullets piercing their skulls, I’d relish in the splatter of blood and pieces of their exploded flesh sprinkled across my smiling face if it meant that their ill mannered minds were no longer of this world.

I guess you could say I have a problem. For the remaining years of my schooling I found myself retracted. I’d request to sit in the back left corner of the room, because my left ear is less sensitive than my right. Usually I’d have earplugs in anyway, and if the teacher and I were friendly, they’d often find me curled up sleeping under my desk with the blanket I brought to school every day and wore like a cape. The thought of going to University and enduring four more years of classrooms, and gum chewers, and snifflers, was too much more for me to bare. I graduated High School a year early to avoid being boxed in the dead stale air with my enemies and anxieties.

Adulthood has been more comfortable, I’m rarely forced into situations where I have to be around mouth noises, and the ones I can’t escape I can tolerate with friendly conversation. “It’s not you, it’s me,” is arguably the most useful way of describing what it’s like to live in this head of mine. Somewhere along the line I realized that nobody was out to get me, and most people were clueless that they were hurting me so much. I avoid movie theaters, the only films I’ve seen in the last years were by Werner Herzog or Lord of the Rings related. I always carry headphones and earplugs, and will be the first friendly friend to say, “Do you need a tissue?” when you’ve got a runny nose. The truth is I’ve found solace in living in Japan, chewing gum is much more infrequent, and I have even had a remarkable day riding the train all the way to the beach without having to put my headphones in. Just hanging out with my friends, talking, listening to noises and bells and doors opening and closing, watching the sun splash through the windows, feeling normal.

Anyone interested in learning more about this disorder– which finally was given a name a few years ago, can read here: Misophonia