I celebrated finding black beans at the grocery store near my house, in addition to the chickpeas and chili beans that I already knew existed. Now, despite being without lime, basic black pepper, or hot sauce, I could create in a saucepan a vague memory of something similar to a burrito. Living abroad frees me from the burden of choice while grocery shopping and eating. Being a repeat eater, I don’t mind eating veggie ramen or soba every day, breaking up the monotony on the weekends with trips outside the house for moroccan sandwiches or indian food. 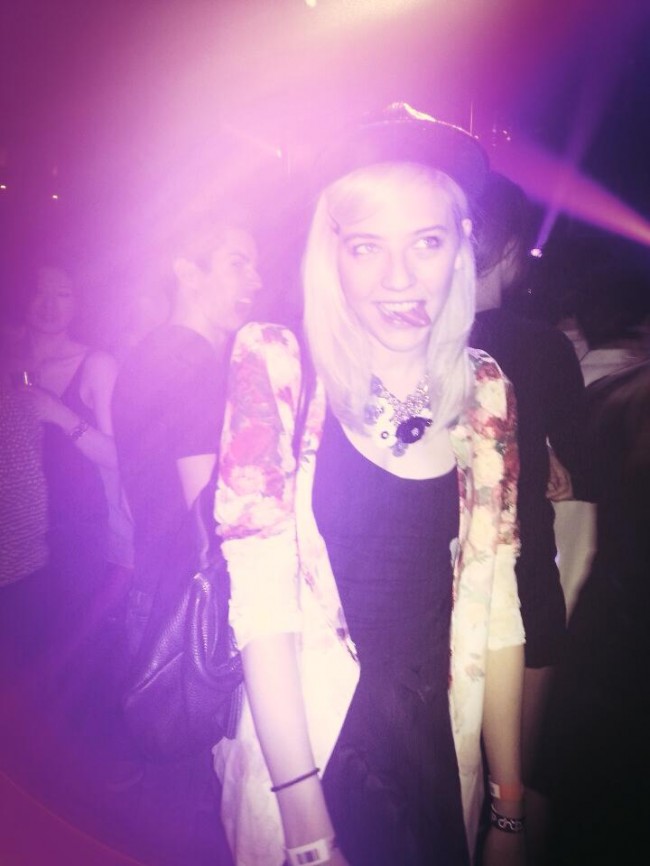 I convinced my friend Codye (female) to join me on the other side of the river, far from the comforts of Hongdae and Itaewon, into the trendy world of Gangnam where douchebaggery and celebrity combine. The taxi driver told Codye her hair was pretty; It reflected in the passing streetlights, shimmering lilac and white blonde. She touched up her make up as we shifted side to side in the back of the cab. The reckless old Korean man sped us over the bridge, weaving in and out of lanes with the windows down, causing our hair to dance wildly in the cool air.

It was outside Galleria department store that we met my friend, let’s call him Chris. He was wearing one of those puffy vests that I disdain and a black baseball cap that dawned his own Korean name. I had met him previously in Tokyo when he had rushed from a business meeting to our dinner with Marc Jacobs Martin, at that time he wore a nicely tailored suit. The contrast between dressed up and dressed down was disappointing but not shocking. I assume, much like when I’m wearing a three thousand dollar dress and then wake up in bed next to a guy wearing a dingy t-shirt and sport socks; No under eye concealer or manicured hair, the harsh light of day.

But to Codye (newly single) and I (self destructive) the off putting typical styles of Gangnam and it’s people were a welcome deviation. We hopped into Chris’s Range Rover and drove the club Answer to meet his friends who were drinking in a private room on the rooftop. The center table lit up and changed colors, from white to green to red, illuminating the clear bottles of vodka and bucket of champagne. Atop it in shadow were plates of cherries and pineapple sorbet, fruit and cheese, Ritz crackers. I ate the remaining Ritz and was poured a glass of champagne, which I quickly finished in favor of a vodka orange instead. 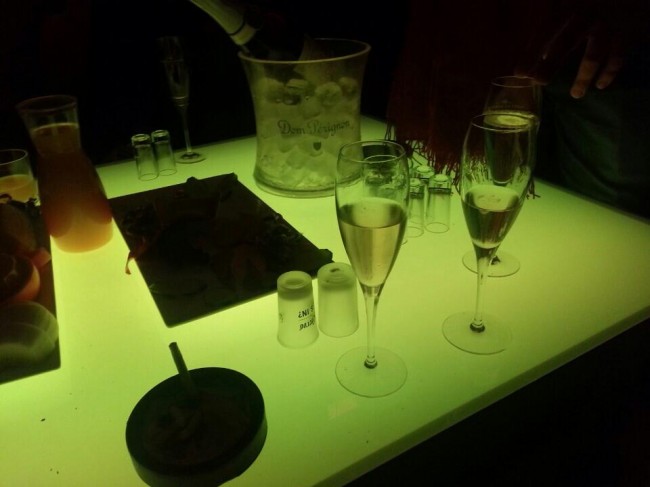 I have never been a fan of clubbing, usually electronic dance music makes me all too aware and depressed. But instead of the normal boxed room and disgruntled looking faces of clubs I’ve been to before, this one was multi layered with so many damn laser beams and swarms of hot Korean men that I found myself enjoying my surroundings instead of questioning my existence. I tried to see the world through the eyes of regular club goers, what life must be like– to have a clearly defined weekend, to spend hard earned money getting shit faced and looking through crowds of people for someone to fuck or be fucked by. Maybe I’m a cynic, or maybe we’re just all animals. Maybe I’m an elitist prick who thinks the intelligent must sit alone with a stiff single malt scotch at an empty bar waxing poetic in a twenty dollar moleskin.

The three of us faked being tired to go home. Home in this case was the Range Rover, blasting top 40 hits and a very drunk driver. “I’m in the death seat,” I mumbled, but nobody was listening. “I should video tape this for my video blog, but then my mom will know I’m in a car with a drunk driver. I’m in a car with a drunk driver! I don’t even care if I die! This is great! Don’t tell my mom.” Chris honked his vehicle at the other drunk drivers on the road, the wide expansive streets of Seoul, filled with intoxicated taxi drivers and soju drinkers. He made some phone calls, shot some text messages, and we sat at the occasional red light that he didn’t speed through, where I’d say, “I’ll let you know when it’s green,” because he certainly wasn’t looking. He was so drunk in fact, that we drove all the way to the wrong club, went inside, and realized it was the wrong place two flights of stairs down. 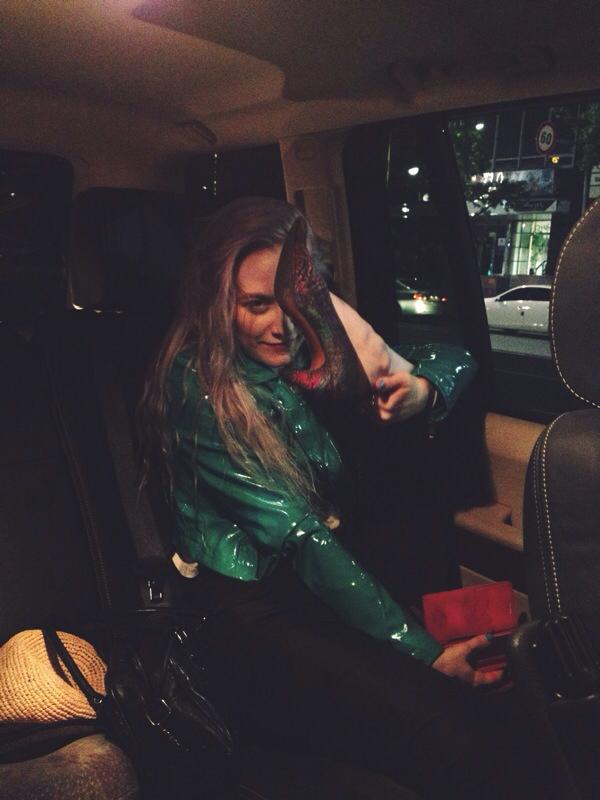 Driving up the hill to Eden, the correct club, a young Korean man jogged along side the car enthusiastically awaiting Chris and pointing him in the direction of the valet service. The last time I’d been to this club was two years before, when my male model roommates convinced me to leave my room and join them in an evening of shallow debauchery. This time, I was rolling with Seoul’s upper crust club goers and fashion workers. It was like New York fashion week, only shittier, and with less important people. But most importantly the air of who are you and are you better than me was wafting thickly through the sticky sweaty air. Some member of Girls Generation sat in the corner of our booth hiding in an ugly green military coat and unappealing cap. Codye and I poured vodka into a water bottle and sipped it straight. The only handsome well dressed man I almost made out with was wearing a matching floral print suit and well buffed shoes, I couldn’t handle out with making out with another gay man so I resisted.

At some point between talking to an aging dancer with an enviable Instagram following and sitting on the lap of the handsome presumably gay man, I noticed Codye had gone missing. I weaved my way through the crowd of people as the club roof lit up with a giant strobe and white confetti rained from the ceiling. I found her in the bathroom hunched over her charging phone with misty tears in her eyes. It was time to go, we languidly climbed the stairs out into the bright morning sky. In the taxi cab over the river I was trying to contemplate my life and it’s meaning and what to do with myself, but my thoughts were drowned out by Codye talking about her ex boyfriend. I wanted desperately to shed a tear of missing Japan, but I was just too distracted.

I woke up hungover and desperately craving tacos. I had tomatoes, onions, garlic, and black beans. What I did not have was a can opener. I sat in my workout shorts and Star Trek shirt smelling yesterday’s liquor harvest seeping through my pores. This would be an ideal time to handle a knife I thought. And with skillful ingenuity I carved open the can without slicing into my flesh. I cooked until the house smelled like a Mexican fiesta, and ate my beans watching an episode of Grey’s Anatomy (yes, that show is still on.) Then I went back to sleep. 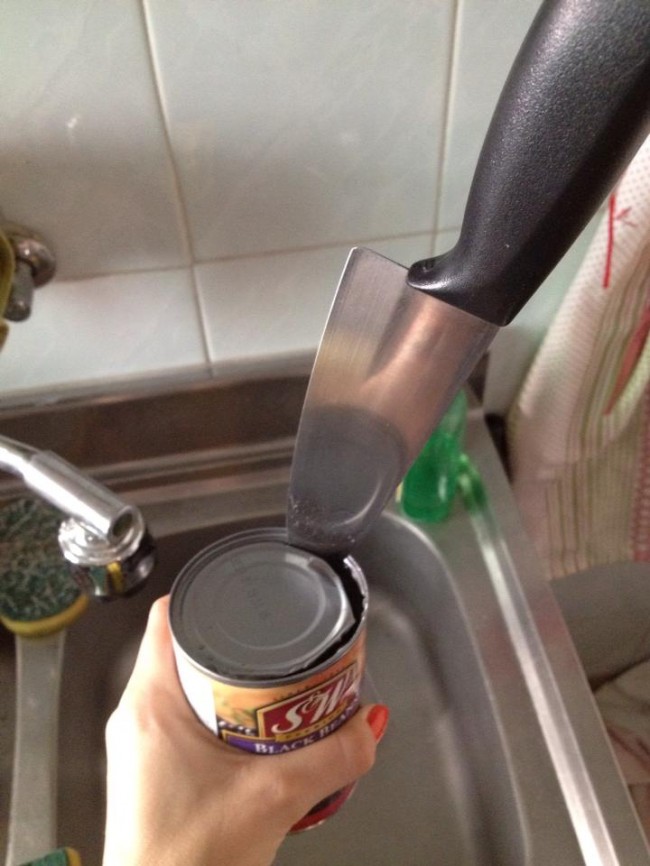