A pen, a penis. Old people and flowers.

I assume that most pen tips are designed to stand erect from their bodies, but mine protrudes at a slight downward angle, effectively appearing as a semi boner that hasn’t received enough affection to rise up and leave it’s foreskin. I’m less likely to find Muji at fault with this design fail and more likely to find myself accountable for unknowingly damaging my pen to the point where I will forever view my writing as done by a very tiny penis. 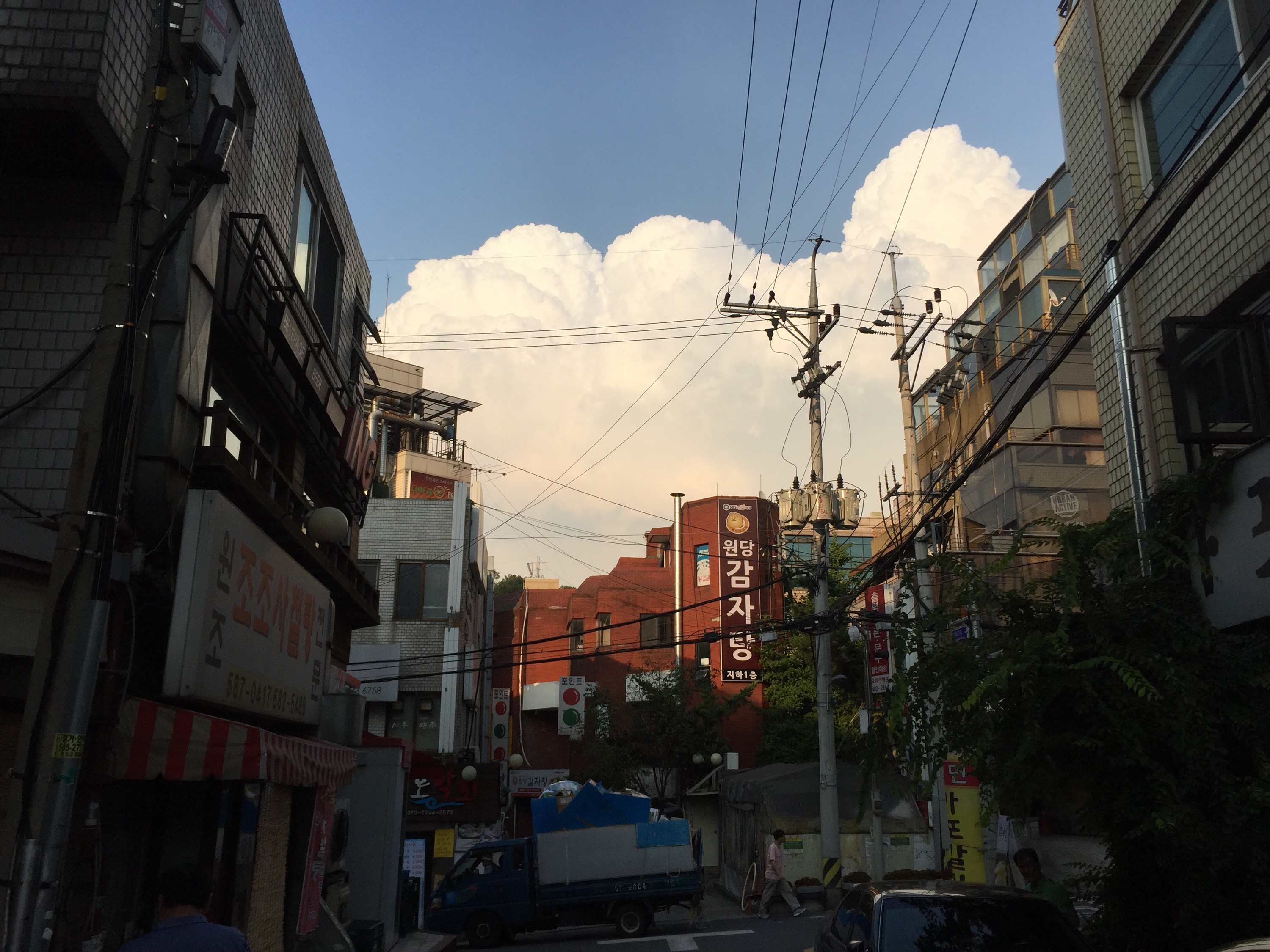 A few absurd people have said that Korean people smell like kimchi. Maybe they do and I just don’t have the nose for it. Truth be told I can’t recall the smell of kimchi. I could be walking around in this kimchi world missing out on all the red pepper and garlic pleasures. Korean people, Korean men, smell mostly of booze. The kind of incapacitating odor that will hault you in your tracks as you walk past. I imagine their lungs disinfecting the air like a Lysol towel on a bacteria filled counter. It is strong and poisonous, enough to make me rethink my life and choices for at least one hundred and twenty seconds. 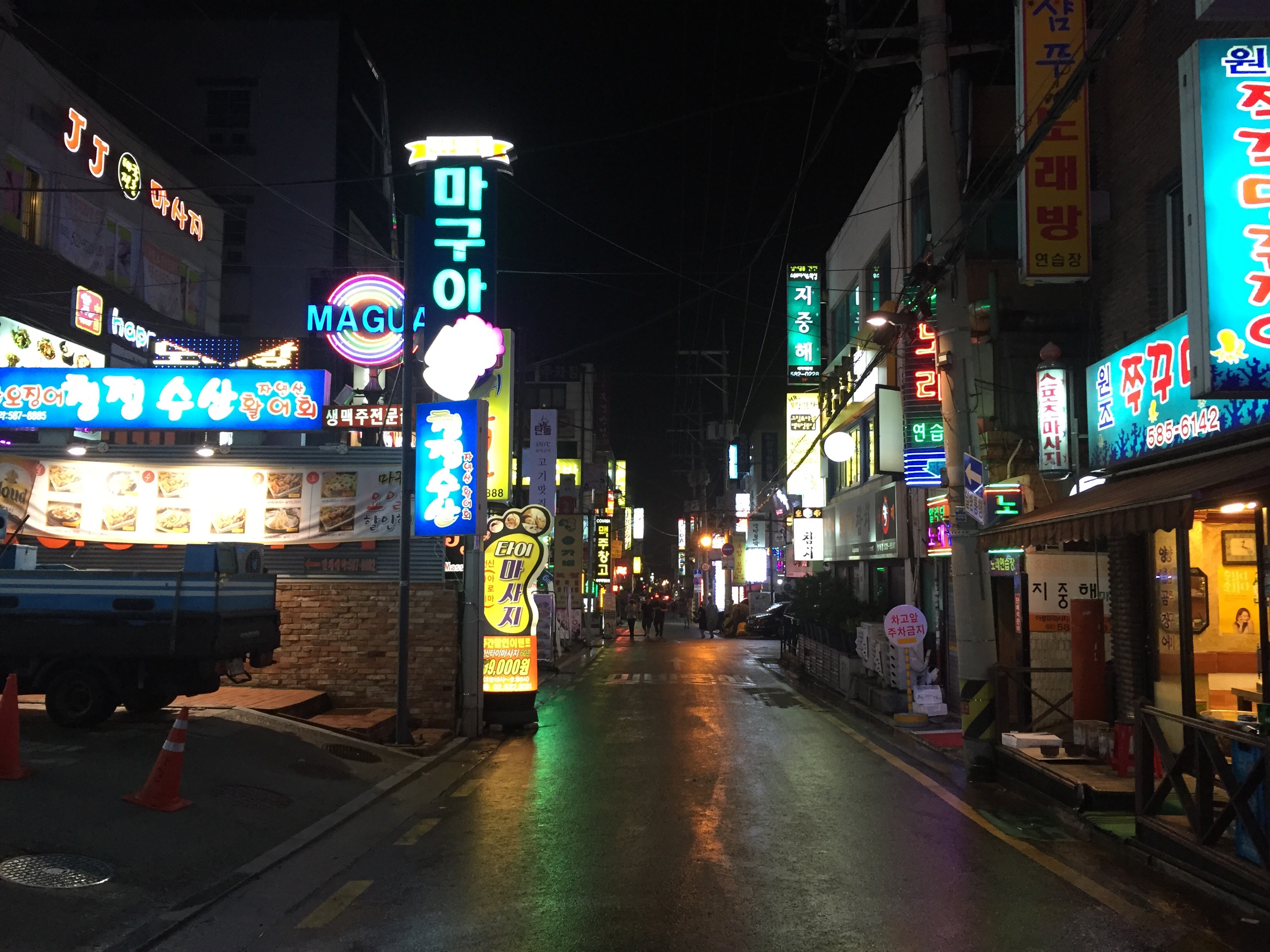 My new apartment is in a neighborhood in gangnam. Not the gangnam with the fancy independent cafes and restaurants, but the one with every imaginable chain store, Baskin Robbins, KFC, McDonald’s, and Subway sandwich. Wedged between these monstrosities are norebang after norebang (karaoke) and beer and soju Hofs (pubs), brightly lit up and gleaming, pumping out a slew of men barking loudly in drunken excess. My haven is a small room with a bathroom, a bed, a desk, and a closet. It would be unbearably small were it not all my own. 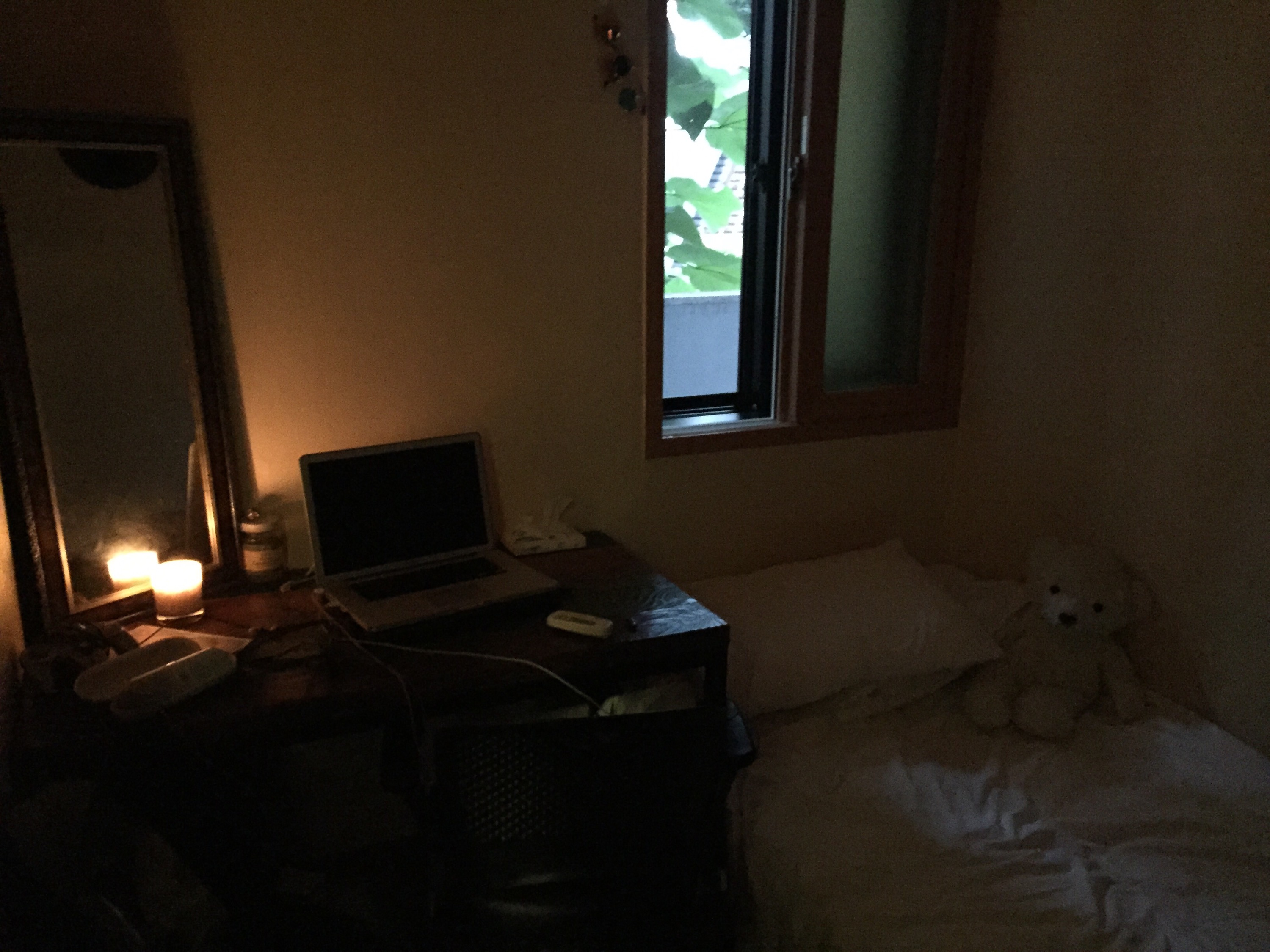 To my good fortune there are no small, quiet, delightful whiskey bars for me to pour my money into. So I stay in my box and indulge in sobriety. Reading books and drawing pictures, reconnecting with the part of my brain I had previously tucked away on an old dusty shelf. I like to draw old people and I like to draw flowers. Wrinkles and old spots, smudged ink, nothing can damage the image I create because it’s just another story line in their life that I imagined, a particular scowl or wince that never left their face. 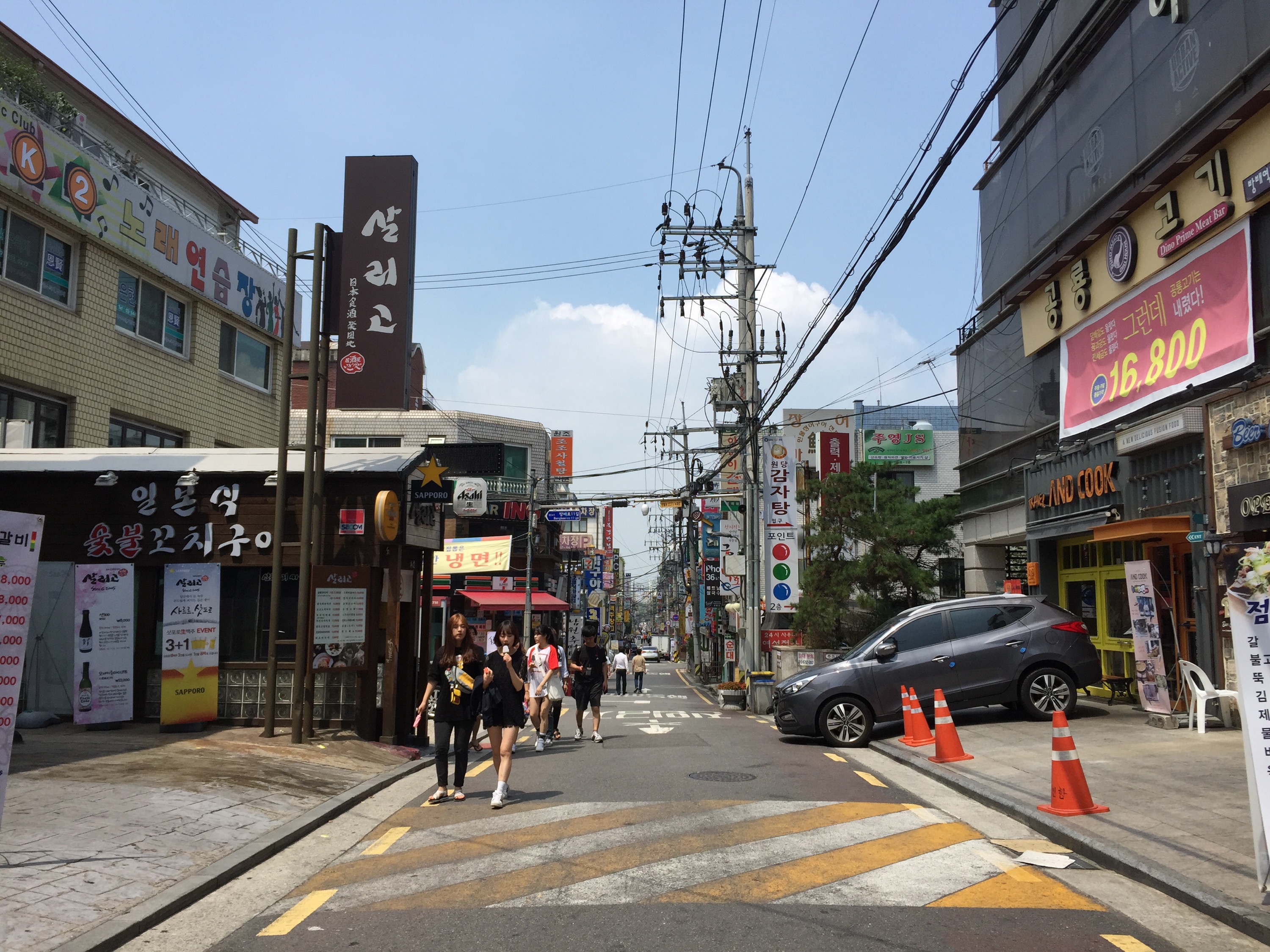 One response to “A pen, a penis. Old people and flowers.  ”