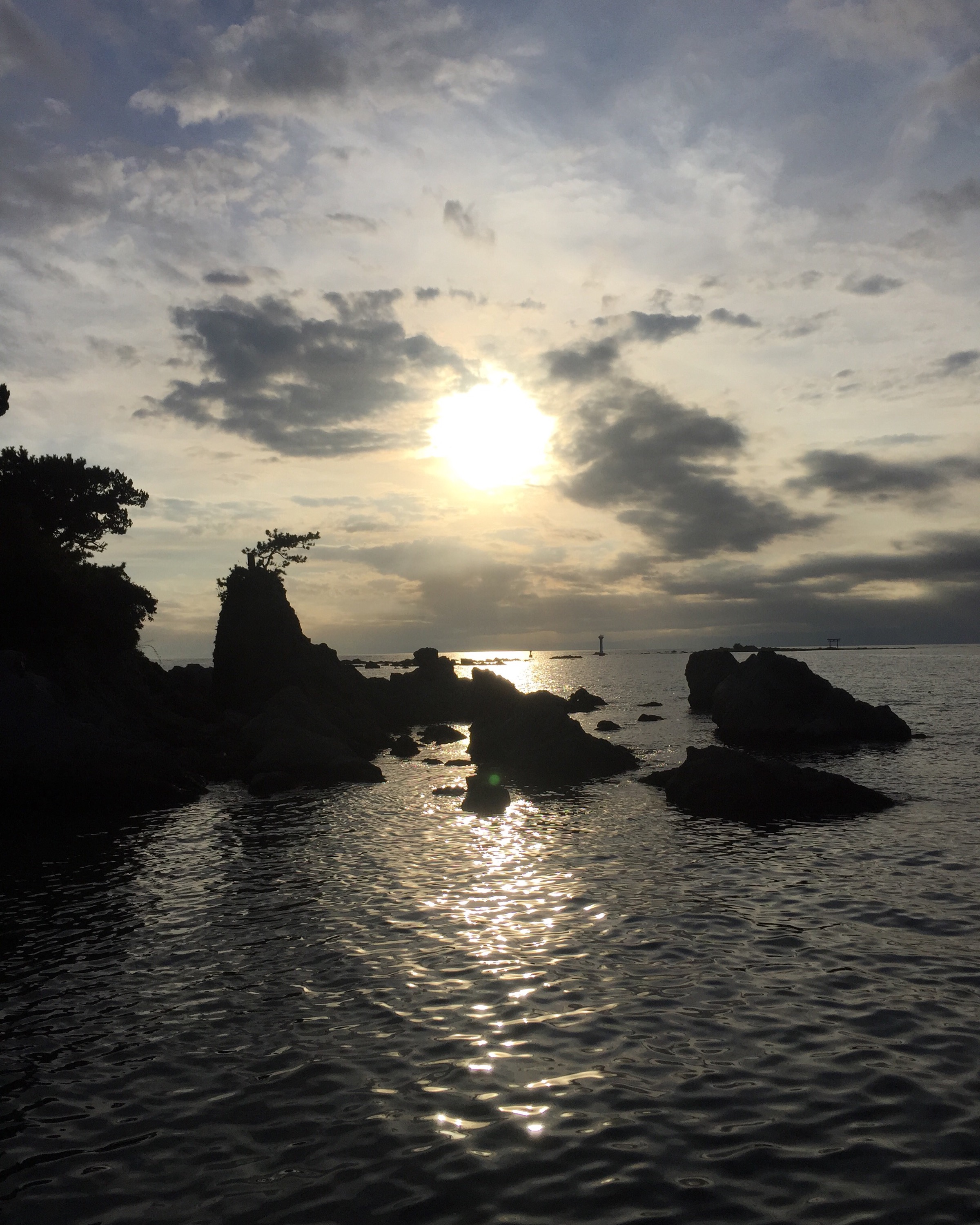 Unseasonably warm, I felt sticky in my fuzzy overcoat. I’d been wearing the same Metallica t-shirt for at least three days, while asleep and awake. I threw on some equally dirty leggings and biked to Shibuya to watch Alex dj in a small basement club on a Sunday evening. I didn’t feel like drinking, or dancing, or any of the things you are supposed to want to do when attending such an event. My body ached with a slight hangover and the dimness of having expended all of my energy the previous night talking about starting my own cult and feeling the rush of power, fame, and manipulation, all at my finger tips. 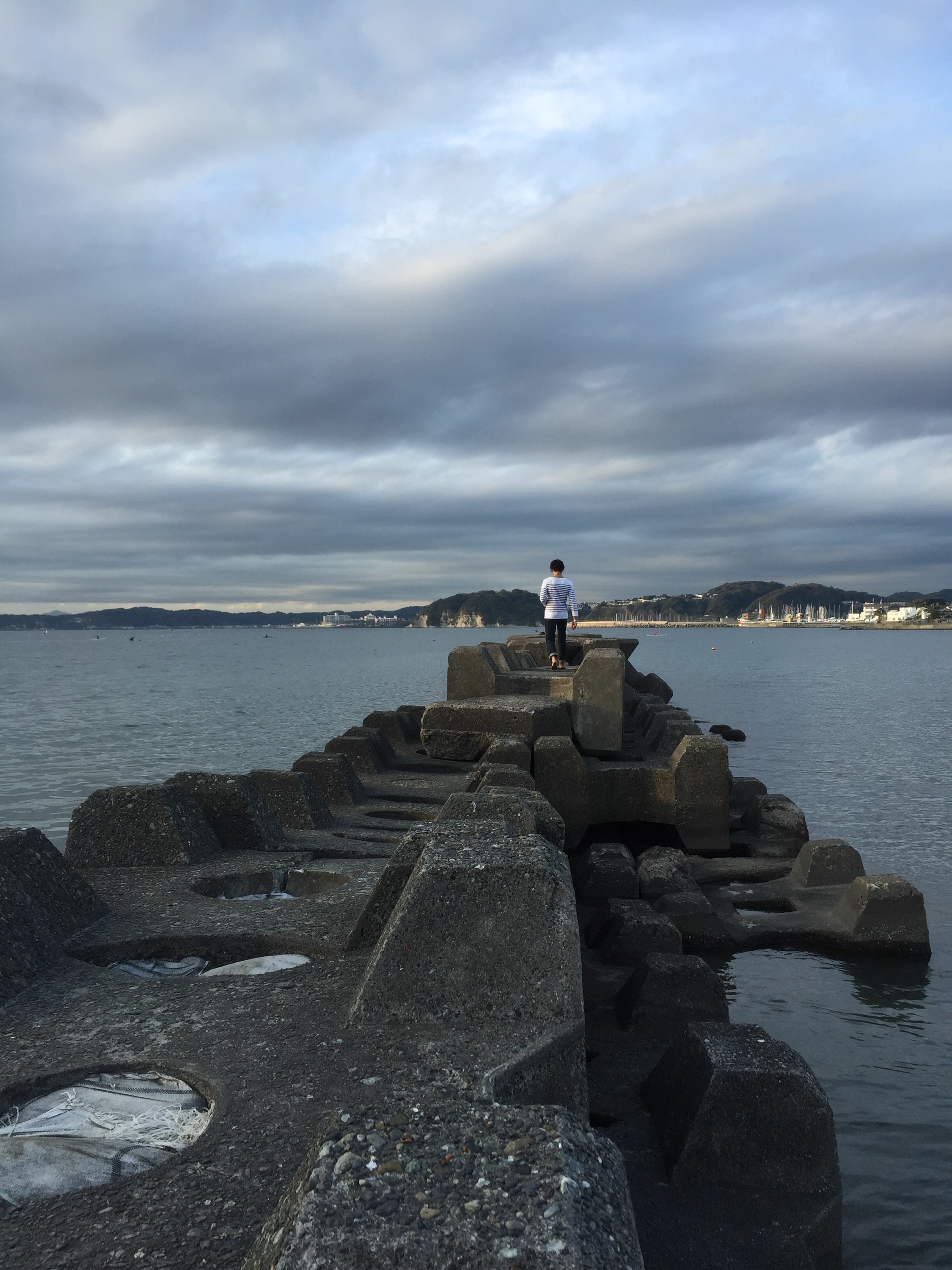 One of my exes was talking to me through Facebook messenger, he’d recently gotten a two bedroom apartment in Hayama, a quaint beach side town that I liked to frequent during the off season. My relationship with him was two years prior, though we had been friends for nearly eight before attempting a failed romance. Both noncommittal and immature, much of our time dating was spent drunk on canned whiskey from the convenience store, sitting for hours on whatever stoop that beckoned nearby. I cheated on him twice during that time, once with a C- rate Korean pop star, and another time with a Korean actor, though it hardly felt like cheating in our sort of blasé, rarely talking to each other, very Japanese dating experience. He didn’t know about those times, but I suspect he will now if he ever reads this.

I left that tiny club and meandered over to one of my old haunts, a shitty dive bar nestled in-between brightly lit love hotels and overcrowded dance clubs. The sliding doors were open to the street and the bartender was sitting outside on a folding chair next to a table crooked from the hill it sat upon. We greeted each other briefly and I sat at the bar ordering a draft beer. Notoriously bad at decision making, my options stifled me. Go home and continue watching Friends on Netflix while gorging on Japanese snack food, or take the last train to the beach for one night? I had done the latter the previous week, to find myself refreshed and revitalized in the way that only a beautiful ocean and sunset can do. But I would to leave my bicycle (I hate doing that) and the hour and a half journey sounded long and tiring. I pulled out a ten cent coin from my pocket and flipped it, landing noisily on the wooden countertop. I’d be going to Hayama after all.

I had fourteen minutes to get on the last train. I paid for my beer and walked swiftly through the Shibuya crowds, a nearly impossible feat. Tourists and slow walkers everywhere. I arrived with enough time to get an onigiri (rice ball) at the station convenience store before getting on a train of sleeping zombies. A young girl of maybe eleven or twelve, in knee high stockings and a short ruffled skirt, her hair neatly parted in two buns, head fully reclined on the window behind her, mouth gaping. Her mother’s head in dispose on her shoulder, it was eleven o’clock. Tokyo’s buildings flashed beyond the windows, tall and electric, streaming perfection. I passed the time looking through my phone’s history. Photos and videos of my most recent ex boyfriend, one who I had never cheated on, one that I truly loved. I could see his face and smile now.

The buses had stopped running when I arrived, I lined up for a black taxi and gave him the address of a shrine nearest to my destination. We soared over quaint bridges and through dimly lit tunnels, the lights flickering in and out like a hard to remember dream. I paid begrudgingly, more of my money down the metaphorical toilet.

I met my guy across the street from the temple at a bar I had never seen before. Now past midnight, the bar was closed, but a few of the local residents and characters remained. Two foreigners, a girl from the UK, a boy from Australia. In his arms was an orange kitten the bar owner had found earlier in the day and kept atop the bar counter in a shoebox filled with cat litter and a small bowl of tuna fish. The couple had suddenly decided to adopt him, as often happens with helpless and small baby animals. Her tiny cute meows melted the hearts of a every drunk at the bar. We had two more beers before walking home.

My guy, or rather my ex guy, was in his usual state of dress. Black beanie, dark denim cuffed at the ankles, and a Carhart tan worker’s jacket. He looked handsome with his stubbled face and piercing golden brown eyes. As soon as we entered the apartment we quickly undressed into pajamas, as one can do with an ex lover. Comfortable and significantly less attractive in our sweatpants, we began our ritual of wine drinking while star gazing on the balcony. He cut and toasted up a fresh baguette and we dipped it in olive oil and balsamic, remarking how very adult we had become with our wine and bread. I saw a shooting star and wished for the usual things, love was not one of them.

Since arriving in Japan I’d taken a bath nearly every day. Back in Korea, my small shitty apartment the size of a prison cell had only a shower room that misted up the mirror and got the toilet seat wet. I want to take a bath so he neatly prepared it for me, rinsing out much of the sand, dust, and hair that had gathered over the summer. The temperature was set at a tepid forty-three degrees, I find that a forty-six degree bath is much more comfortable, but I didn’t complain. I used a lavender bath salt that turned the water a light purple, and stared at my naked body and unkempt pubic hair as the water began to rise, wondering how I had managed to not gain weight eating indian food daily and drinking copious amounts of varying alcohols.

“When you get out, don’t drain the tub, I want to get in,” I heard him say from outside the room. Now that’s just silly, I thought. “Why don’t you just get in with me now?” I yelled with slight apprehension in my voice. We’d already seen each other naked through other circumstance, what difference would it make now. The air outside the tub was cold from the balcony door being open. He came in the bathroom, tanned, naked, and clutching his dick which looked much larger than I had remembered. In the other hand he held a bottle of chardonnay which he placed in the bath bucket next to us. Luxury.

My legs were neatly folded between his which spread wide around my body, his feet tucked in around my butt. He poured a glass of wine and we passed it back and forth between us, only to find that if placed in the water, it would float. I’d open my legs and gently push the water in waves in his direction until the glass drifted into his open hands. “The Panama Canal,” he said. And we laughed. “The only thing that could make the better is a cigarette.” I hopped out of the tub offering myself up to the cold, leaving a puddle of water behind me from the bath to the kitchen, grabbing his Marlboro reds from the kitchen table. “Where’s your lighter?” I yelled. I couldn’t find it. He jumped out of the bath and there we were, just two naked kids dripping wet and shivering, looking for a fucking lighter so we could smoke in the bathtub. The black ashtray we brought back with us, after careful experiment, did not float.

We talked and drank until our hands began to prune, his significantly more than mine. We held them up to each other and talked about being an old couple, sharing kisses with our lips covering our teeth and talking like two grandparents on an old TV sitcom. The water got cold and so did we, but we kissed again anyway, in that familiar and empty way that exes do. We got out of the bath and started a steaming hot shower, he used the peppermint soap, I opted for the sandalwood. It was time to get back into our pajamas, only this time we’d just be going to sleep.

One response to “Sunday”